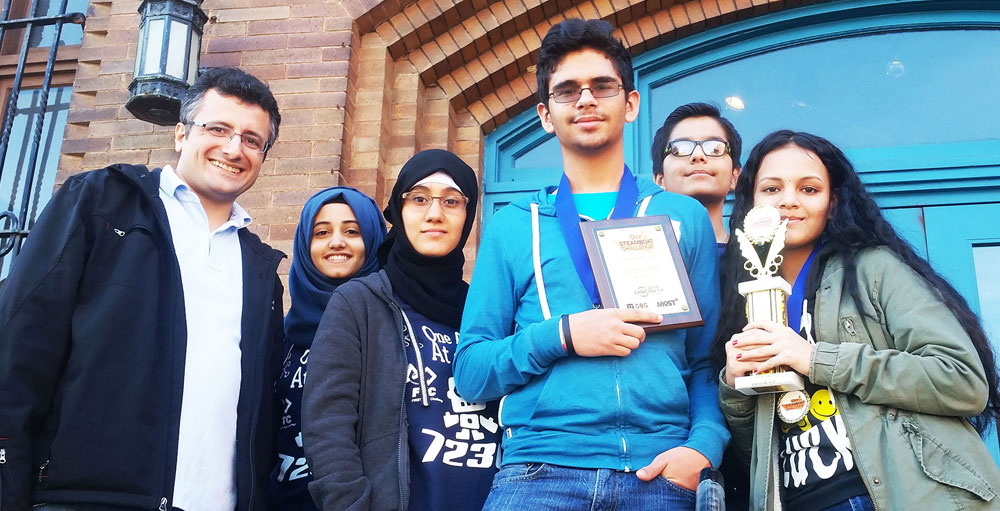 On Saturday, October 15th, 2016, Syracuse Academy of Science Charter School took first place in the senior division of the second annual CNY Steamboat Challenge, which was held at the Milton J. Rubenstein Museum of Science & Technology.

A total of 54 students comprising 35 teams participated in the design, build, and compete STEM event. Students built a boat out of recycled materials, including a metal engine that produces stem to propel the boat when heated by a tea light candle. Teams of between one and four students in grades four through 12 raced their boats on 3 inches of water inside 10-foot-long inflatable tracks.

After the final heats, the top teams in each level raced against each other to see who would take home the Admiral's Trophy. The winner was the senior team of Yovanis Garcia and Lalita Dahal, from the Syracuse Academy of Science.

CNY Steamboat Challenge is organized by the Central New York Chapter of the American Society of Heating, Refrigerating and Air-Conditioning Engineers (ASHRAE) and sponsored by the MOST and OBG. Support is provided by Lockheed Martin, NASA, Syracuse University's College of Engineering and Computer Science, the Technology Alliance of Central New York (TACNY), and Carrier.