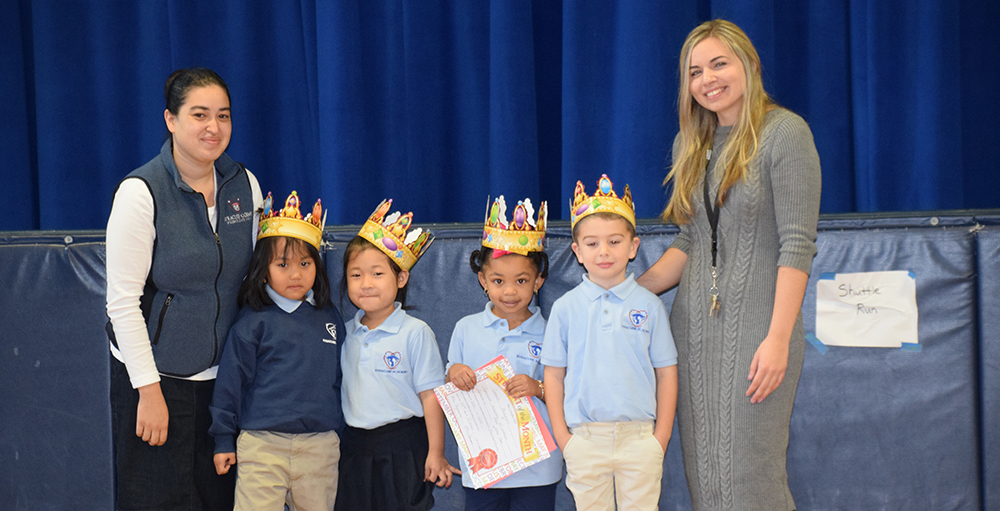 On Wednesday, October 25th, SAS elementary school is proud of all its students and the hard work they apply. For the month of October, several students in grades K-2 earned special recognition for their achievements.
In Kindergarten class K-B, the student of the month was Javahe Perry. Quarterly awards were given as follows: Best Academics went to Bahanii Everett-Dahlke, Most Improved was earned by Key’Vell Sallard, and Best Citizenship went to Sa’Nazja Hickey.
In Kindergarten class K-A, Rahaf Alomeri was student of the month. Rahaf can always be counted on to be caring and helpful in the classroom. She gives each task her best effort, encouraging others to do the same. Rahaf includes others and is genuinely happy for the achievement of her classmates. She is a role model and a pleasure to have in class.
Students in Class1B established trustworthiness as their character trait of the month, which means being honest and telling the truth. That's exactly what student of the month Amelia Destito did and does! Amelia is hard working and a role model for others. We are proud of her accomplishments. Best Academics went to Gemil Camby, Best Citizenship was awarded to Seham Tanya, and Most Improved was Navy'An King.

Be sure to congratulate all these students on their outstanding achievements.