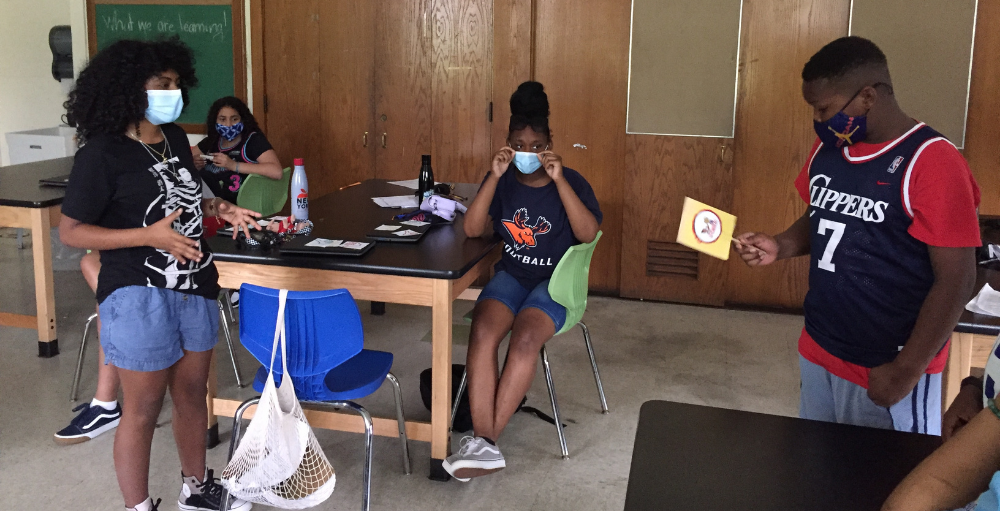 Friday, June 11th, 2021—Syracuse Academy of Science middle school 7th grade Project Based Learning (PBL) students square off in a fun, friendly socially distanced debate. For their debate, students were tasked with taking a side (agree/disagree) on two topics: should teens have an after school job, and will we colonize a planet in our lifetime?

With each of the topics, students carefully prepared their stance, listed out their talking points and each Atom had a chance to debate their side for each topic. While the debate was taking place, students who were not debating, practiced their active listening skills, and respected their opposition by agreeing to disagree. Once the debates concluded, a student from each side (agree/disagree) who the Atoms felt best argued their stance was selected the ‘winner.’ Those two Atoms would then have an opportunity to face off against each other to see who would be crowned the ultimate debate champion. What a fun and exciting experience, Atoms!