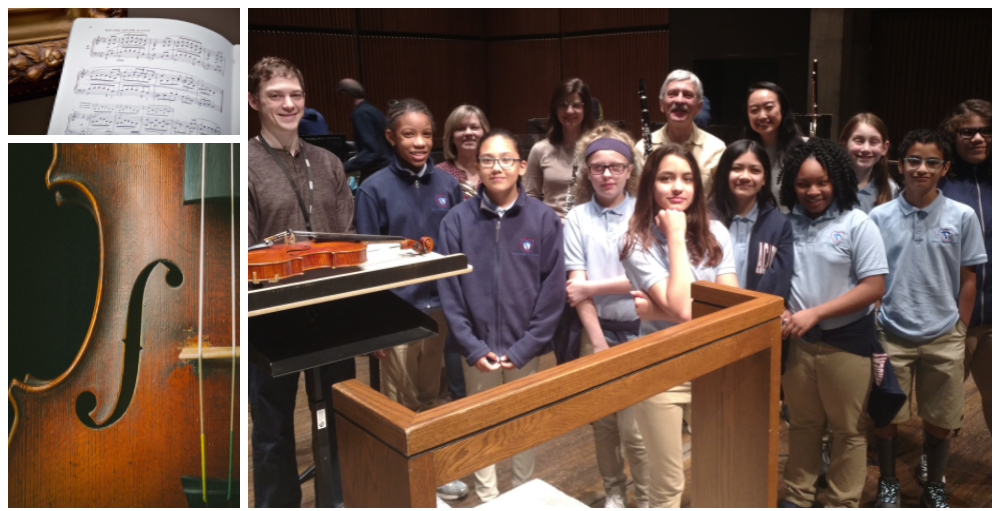 On Friday, May 11th, 2018 the #SASCS middle school band attended a private Symphoria Rehearsal. Symphoria formed in 2012 as a musician-led cooperative orchestra, one of only two in the United States. The orchestra is in the middle of their 2017-18 performance season and is gearing up for their next concert, "A Tale as Old as Time" featuring popular Disney classics. The #SASAtoms were able to witness the rigor involved in training as a professional instrumentalist; the time, practice, and attention that goes into each performance. It was a great experience that we hope to repeat in the future. Thank you, Symphoria!