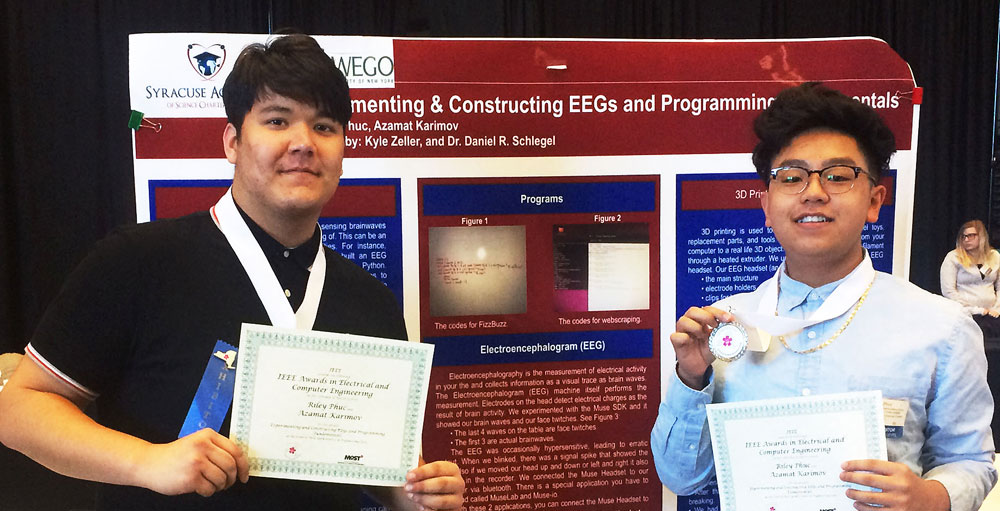 The fair is organized by the MOST and supported by SRC Inc., Lockheed Martin, The Dorothy and Marshall M. Reisman Foundation, IEEE, Saab Defense and Security, Syracuse University Engineering & Computer Science, and the Technology Alliance of Central New York.

Our students represented our school very well and received number of awards:

Jamila Eatman was also at the event with her parent. She received number of awards and prices. She became 1 of 3 finalist in CNYSEF 2018 and will participate at New York State Science Congress in SUNY Buffalo. She received $40k scholarship from SU. Her project received an environmental award from SUNY-ESF, as well as a Chemistry award from CNY section of the American Chemical Society. She received a SUNY Oswego Genius Olympiad Award and was invited to this year's #GENIUS Olympiad. Her project was also selected for Stockholm Junior Water Prize event. #SASCS #SASAtoms