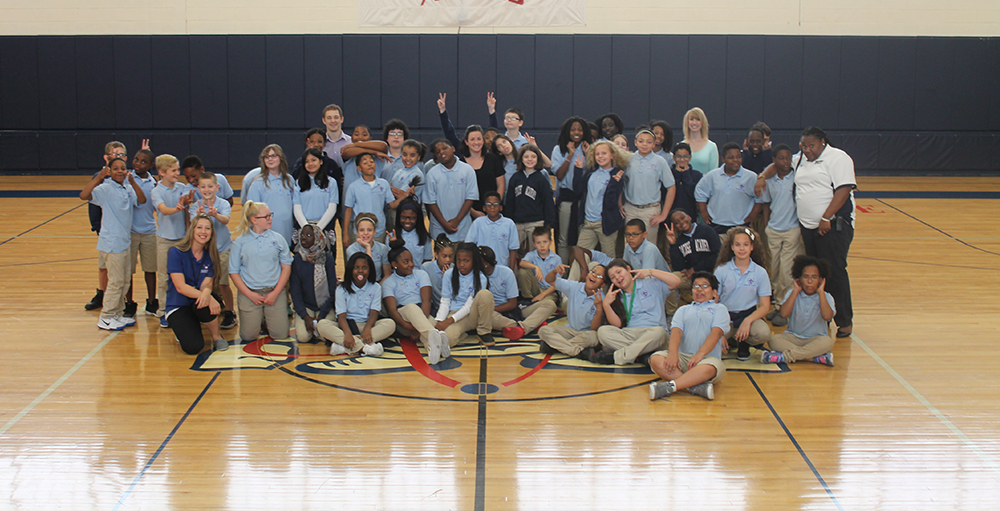 Building skills in communication, problem solving and listening, all SAS Middle School students participated in team-building activities held in the school’s gym on Wednesday, September 20th. Called the Olweus Anti-Bullying Event, it is held annually and its goal is to bring bullying out of the shadows and show students how to be upstanders instead bystanders.

The first activity focused on communication and cooperation, with students working in pairs to give their partners verbal direction on how to draw a simple image. The entire group shared their images to see which pair was able to communicate and re-create the image closest to the actual picture.

Three activities followed and focused on trust, communication and listening skills. Students worked in pairs to guide their partners through a "mine field" while blindfolded. Students had to get to the other side of the gym without hitting anything in their paths. A variation of this game required students to walk to a location blindfolded and retrieve as many items as they could as their partner guided them verbally. Additionally, students worked in teams to get from one end of the gym to the other through a "sea of hot chocolate” as they stepped on "marshmallows." The last station was a photo booth in which students formed many group poses with props to convey a "No Bullying" message. The students were good sports and enjoyed working in a variety of groups and pairs. They all showed they can be effective upstanders. Go ATOMS