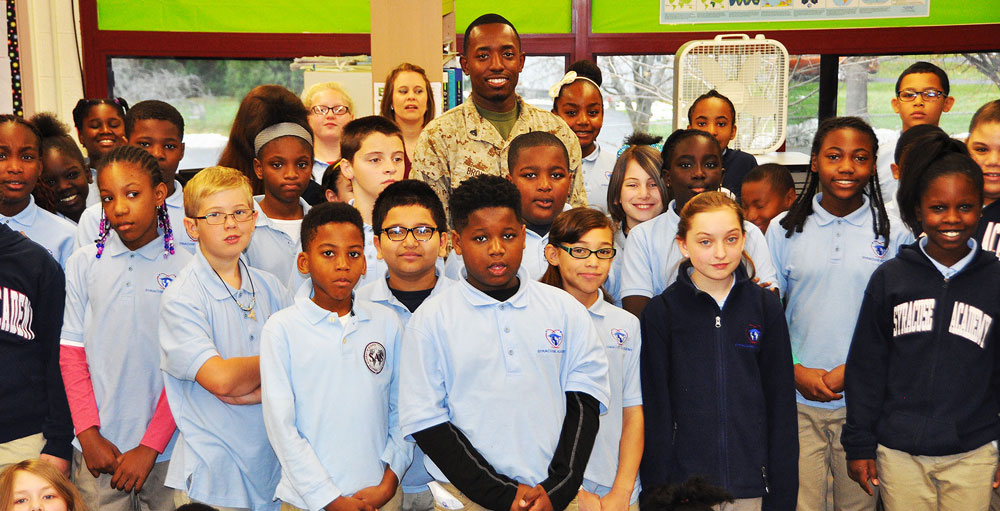 On Tuesday, November 29th, 2016 the students of the SAS Middle school hosted a special guest speaker from the SAS staff. Jontae Brown works not only as our amazing custodian at the middle school, but also proudly serves as a sergeant in the United States Marines. Sergeant Brown has served in the Marines since 2010 and has been stationed in places such as Camp Lejeune in North Carolina and Marine Corps Base Camp Smedley D. Butler in Okinawa, Japan. He spoke to our students about the history and the role of the Marine Corps in the defense of America and other nations. Students enjoyed the videos that Sergeant Brown brought to detail the boot camp experience that molds this elite force. We thank Sergeant Brown and your fellow Marines for their effort and sacrifice in preserving our freedom!

Click here to see pictures of US Marine Brown's visit