SAS by the Numbers

In August 2014 New York State released the 3-8 ELA and Mathematics Assessment Data. Syracuse Academy of Science is pleased to have exceeded New York State averages for the majority of the assessments. Data provided through state assessments is used by administrators and teachers to identify opportunities for improvement. Syracuse Academy is dedicated to improving education and believes there is always room for improvement and growth as students seek to become successful in college, career and citizenship.

We invite you to view NYS 2013-14 Test Results Math & ELA to see Syracuse Academy's and Utica Academy's results compared to both home district and state averages: 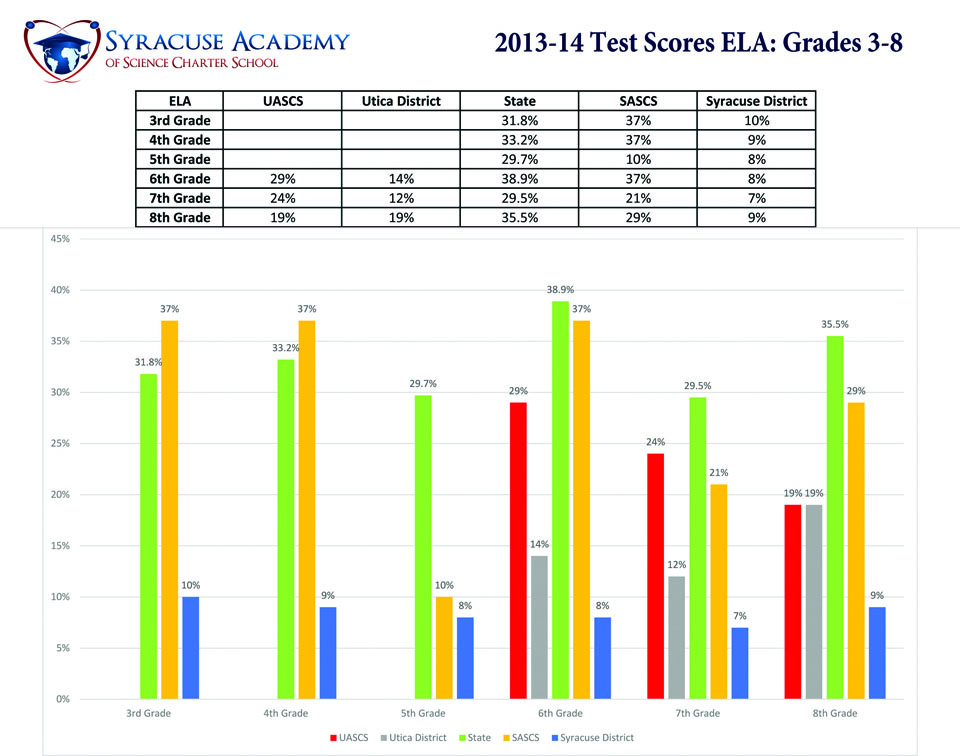 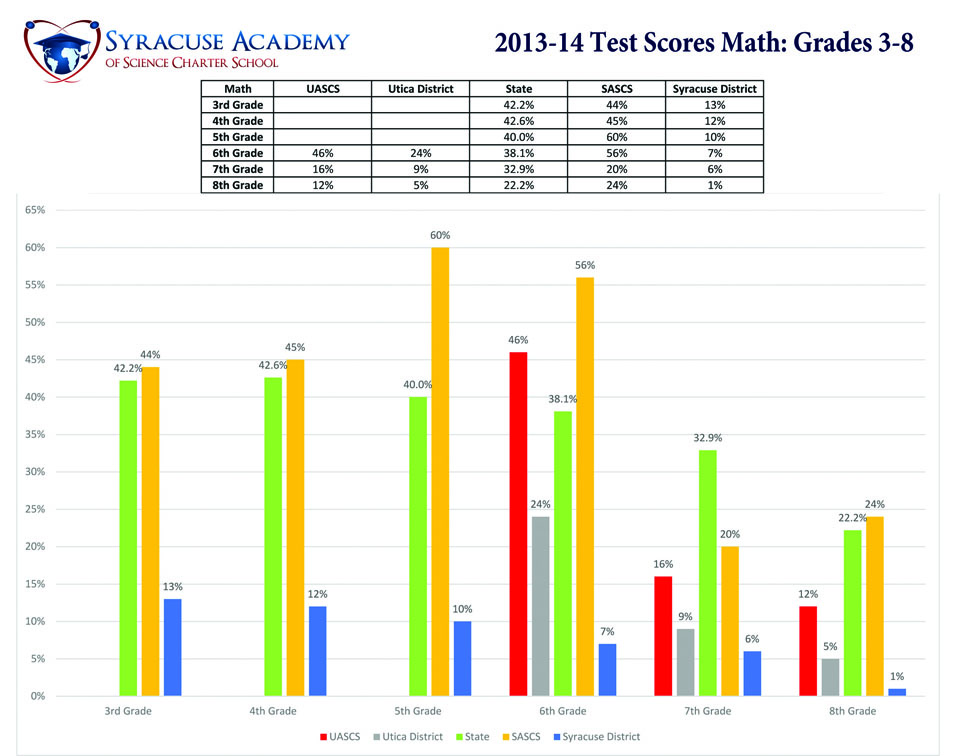 89.4 percent of Syracuse Academy students who entered high school in 2009 graduated in 2013 compared to the NYS average of 74.9 percent and 48.8 percent for the Syracuse City School District.

Syracuse Academy saw 95.0 percent of Black students and 88.9 percent of Hispanic students in the 2009 cohort receive diplomas in 2013 compared to 59.7 and 59.2 percent respectively for New York State overall. Syracuse Academy also surpassed both NYS and SCSD averages in its focus area of economically disadvantaged students with a rate of 85.4 percent.