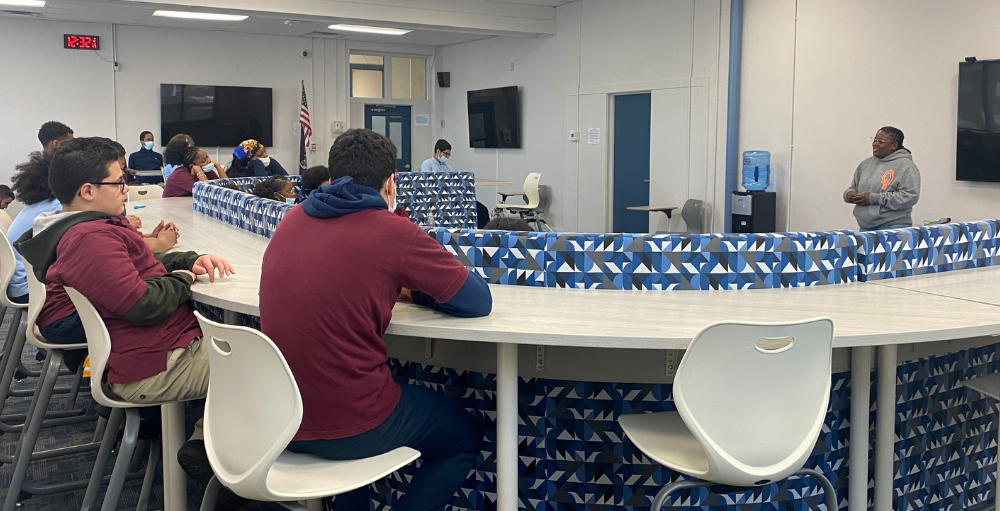 Tuesday, April 5th, 2022—This bright young business owner, Shawni Davis, spoke with the Syracuse Academy of Science high school Atoms, as part of its Career Exploration series, about her impressive career as a female electrician and being the CEO of Luminary Electrical.

As a Syracuse native and alumna of Henninger High School, Shawni is the first African-American woman to become a master electrician in Syracuse, NY. She began her career as an electrician at the International Brotherhood of Electrical Workers and later received an Unlimited Master's License and created Luminary Electrical Contractor, LLC. She dreams of changing the industry by creating a business that reflects a diverse and inclusive workforce that possesses the same skills as those who dominate leadership in the industry today.

Thank you, Shawni, for participating in Syracuse Academy of Science high school's Career Exploration Series and speaking with the Atoms about an electrician and business owner career.