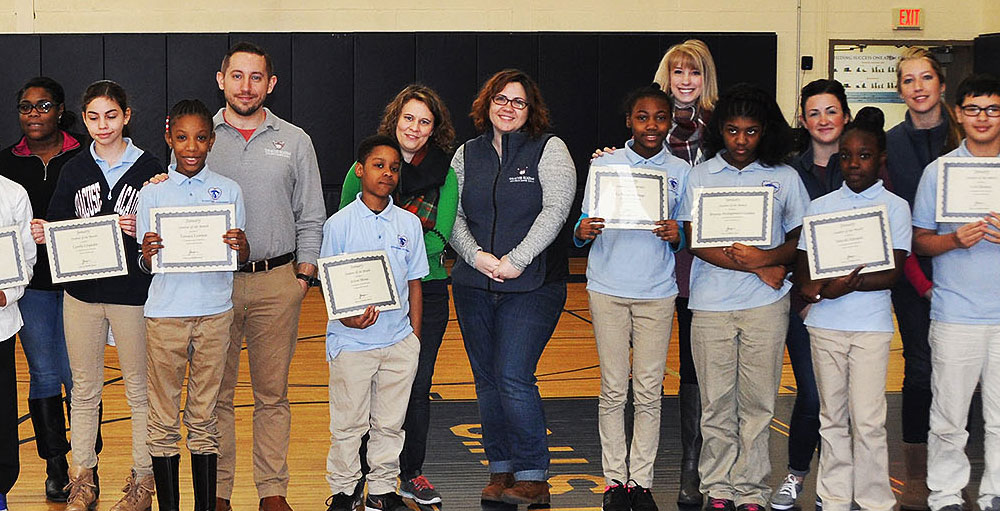 On Friday, February 17th, 2017 the SAS Middle School held its Black History Month and January Student of the Month Assembly. The event was kicked off by the wonderful projects of our students. Volunteer presenters included 7th graders who dressed up as many of the iconic individuals who have furthered the cause of African Americans in this country. Students represented and presented on Muhammad Ali, Malcolm X, Jackie Robinson, and more! Our wonderful 5th graders also presented their research. Amazing individuals such as Former President Barack Obama, Syracuse Chief of Police Frank Fowler, Pele, Maya Angelou, and others were highlighted in the 5th grade. Following these students, the various Student of the Month awards were presented. These awards are given to students for their all-around excellence in academics and/or citizenship. We are proud of the work that our ATOMS are accomplishing in the second half of the school year. Keep up the great work!