Eye Spy Atoms on a Field Trip to the MOST 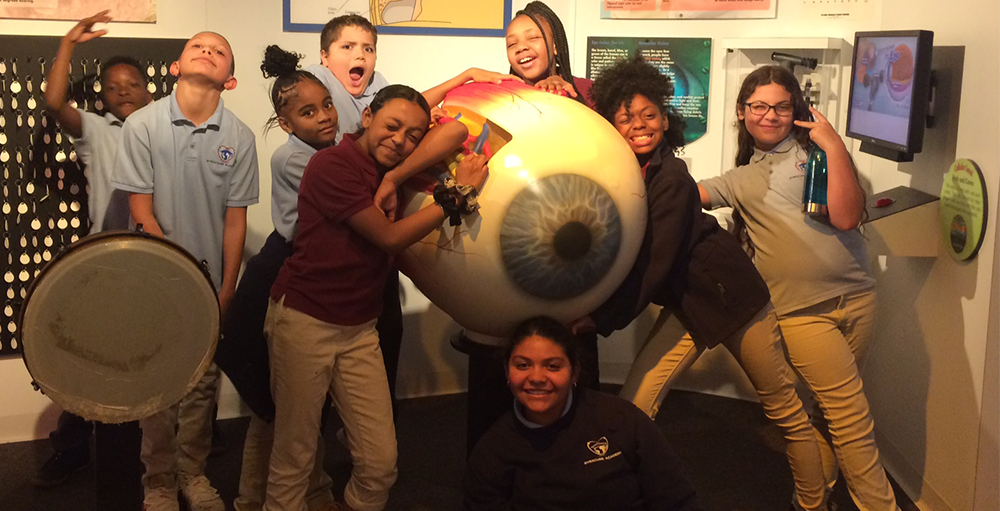 Wednesday, October 16, 2019—When science meets inquisitive Atoms, there is a reaction filled with learning, knowledge and excitement. Fifth grade Atoms visited the Milton J. Rubenstein Museum of Science & Technology (MOST), where they took their turn at being scientists for the day. No lab coats were needed for their experiments as the day was filled with various hands on exhibits, science demonstrations and exploration. Students discovered the "World Inside Your Brain," a new exhibit by Upstate Medical University, where they took a look at the world inside their head. Next up, was a visit back in time where the Atoms walked with the dinosaurs in the Dino Zone exhibit. Students enjoyed a science demonstration which featured liquid nitrogen. Atoms were able to extend their knowledge of the states of matter. Thank you, MOST, for an educational field trip with hands on learning and science fun.