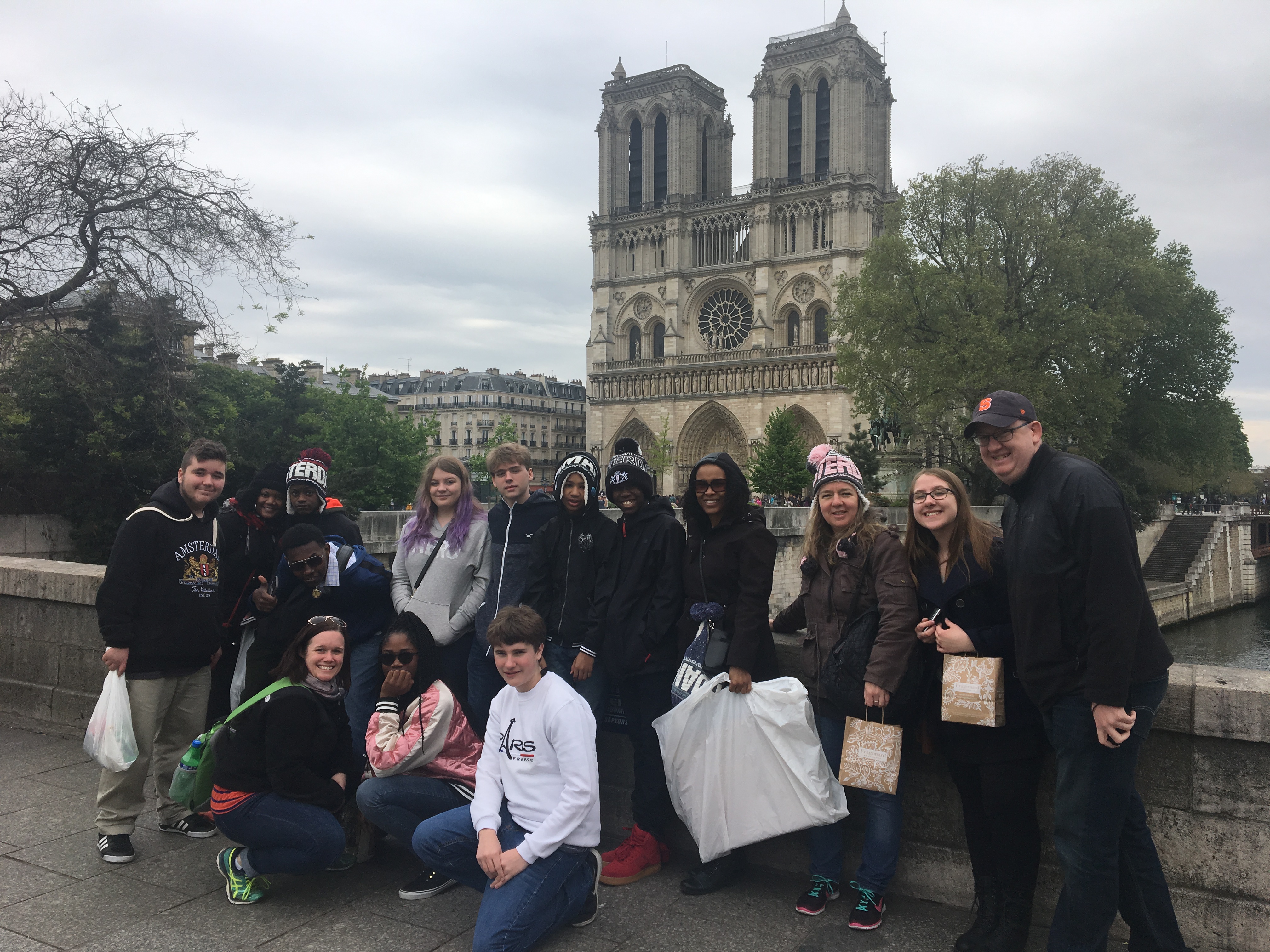 From April 14-April 20, 10 students from Syracuse Academy of Science High School, through a trip put together by Mr. Yaman and Ms. Bornot, the high school's Turkish and Spanish teachers, traveled to Europe for a cultural immersion trip.  The students, chaperoned by Ms. Rybak, high school social studies teacher, and a couple of parent volunteers, traveled to Amsterdam and Rotterdam in The Netherlands and Paris in France over spring break.  While in The Netherlands, students visited the Cubist Homes of Rotterdam (one of only 2 such structures in the world), Anne Frank House, and a working historical village where they learned about the production of clogs and cheese, 2 major products of the Netherlands, as well as the importance of wind power and windmills to the industry of the area.  The students also explored the city of Amsterdam on the city's canals.  On the first day in Paris, students got to take in the sights of the Sacre Coeur Basilica, the Artist District, and Notre Dame. On day two, visits were made to the Arc de Triomphe, Le Grand Roue (Ferris Wheel), The Louvre, Champs Elysees, and the Eiffel Tower.  Day 3 was spent at Disneyland Paris, checking out the European version of the American classic vacation spot.  Many miles were covered, both on foot and in the air, and the students had an unforgettable spring break immersing themselves in foreign culture.