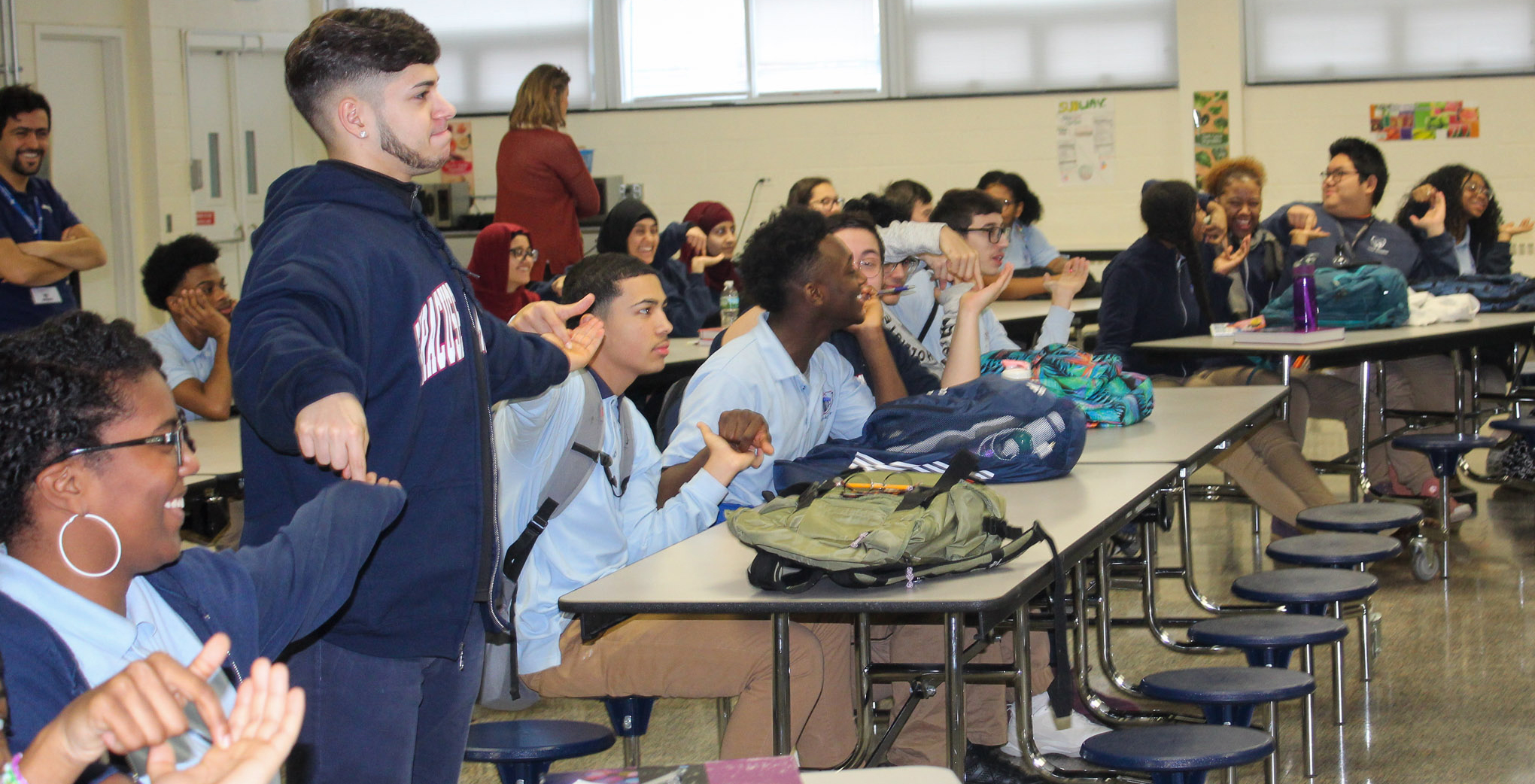 On Tuesday, December 11, 2018, Arel Moodie, shared his message with our #SASAtoms. Arel is a bestselling author and has been a featured speaker at the White House and has been acknowledged by President Obama. Arel grew up on welfare in the projects of Brooklyn, NY where he witnessed those around him being murdered and imprisoned. College became his way out and by the time he graduated he was named the most outstanding graduating senior. After college, Arel built a million dollar event production and Education Company while in his 20s and now as a professional speaker, he has spoken to over 500,000 people in 48 states and 5 countries. Visions Federal Credit Union committed to providing Moodie's program completely free of cost to the senior class at #SASCS High School (approx. 60 students). we will be providing each senior with a copy of Arel’s book. The presentation provided students with strategies, techniques, and tips to succeed in school today and every day.