It’s Official Alexius P is in the 1,000 Point Club 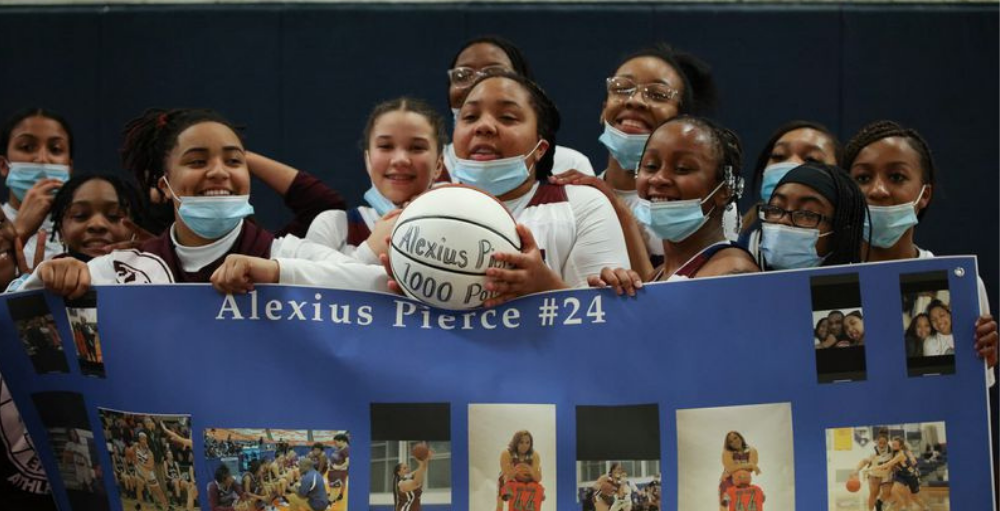 Friday, January 21st, 2022—And just like that, history was made! On Friday night, the Syracuse Academy of Science Lady Atoms laced up their sneakers and left it all on the basketball court against cross-town rivals, Christian Brothers Academy. Senior Alexius Pierce was a mere 12 points shy of entering a very exclusive and impressive 1,000 point club.

By the 3rd quarter, Alexius Pierce made history with a rebound that sent fans rushing onto the court. History was made! Alexius Pierce scored her 1,000 point and officially entered the 1,000 point club. Alexius scored 23 points during the game, and her new point total is 1,011.

Congratulations, Alexius; we are all very proud of you and all you have accomplished! We invite you to click here to read a story (and watch a video of the shot that made history) from Syracuse.com featuring Alexius Pierce.