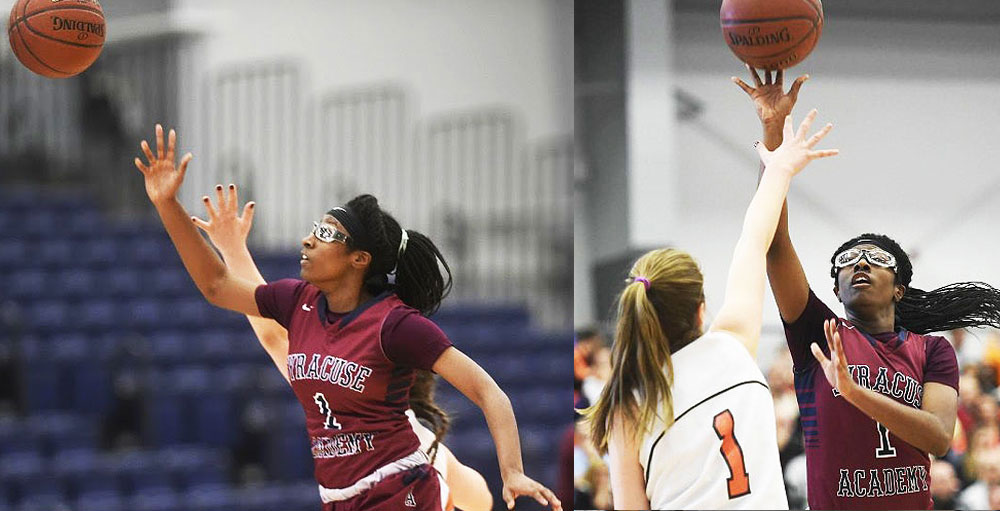 On Thursday, December 9th, One night after posting 32 points on seven 3-pointers in a defeat to top-ranked Westhill, Syracuse Academy of Science star junior Lyrik Jackson continued her scoring binge in an easy win against LaFayette. Jackson scored a career-high 40 points on five 3-pointers Thursday to lead the Atoms over the Lancers, 76-33, and produced 20 rebounds and 11 steals for a triple-double as well.

With her outburst against LaFayette, Jackson has now set new career-bests in scoring in back-to-back contests, as her effort on Wednesday came in a 63-48 loss to the Warriors. Before this week, the Section III girls basketball leading scorer's only previous 30-point game was also against the Lancers, Jan. 15, 2015, during her freshman season.

She is averaging 25.6 points per game through five contests thus far this season, with the Atoms holding a 4-1 record. Jackson has posted a double-double in each game this year.

SAS coach Reggie Pickard pointed to Jackson's all-around game and aggressive defense as key factors to her scoring prowess. She picked up 30 points in the first half, 10 in limited action in the third, and did not take the floor in the final frame.

Pickard added that Diamonne Harris (16 points, five steals) was also a big contributor in the victory.