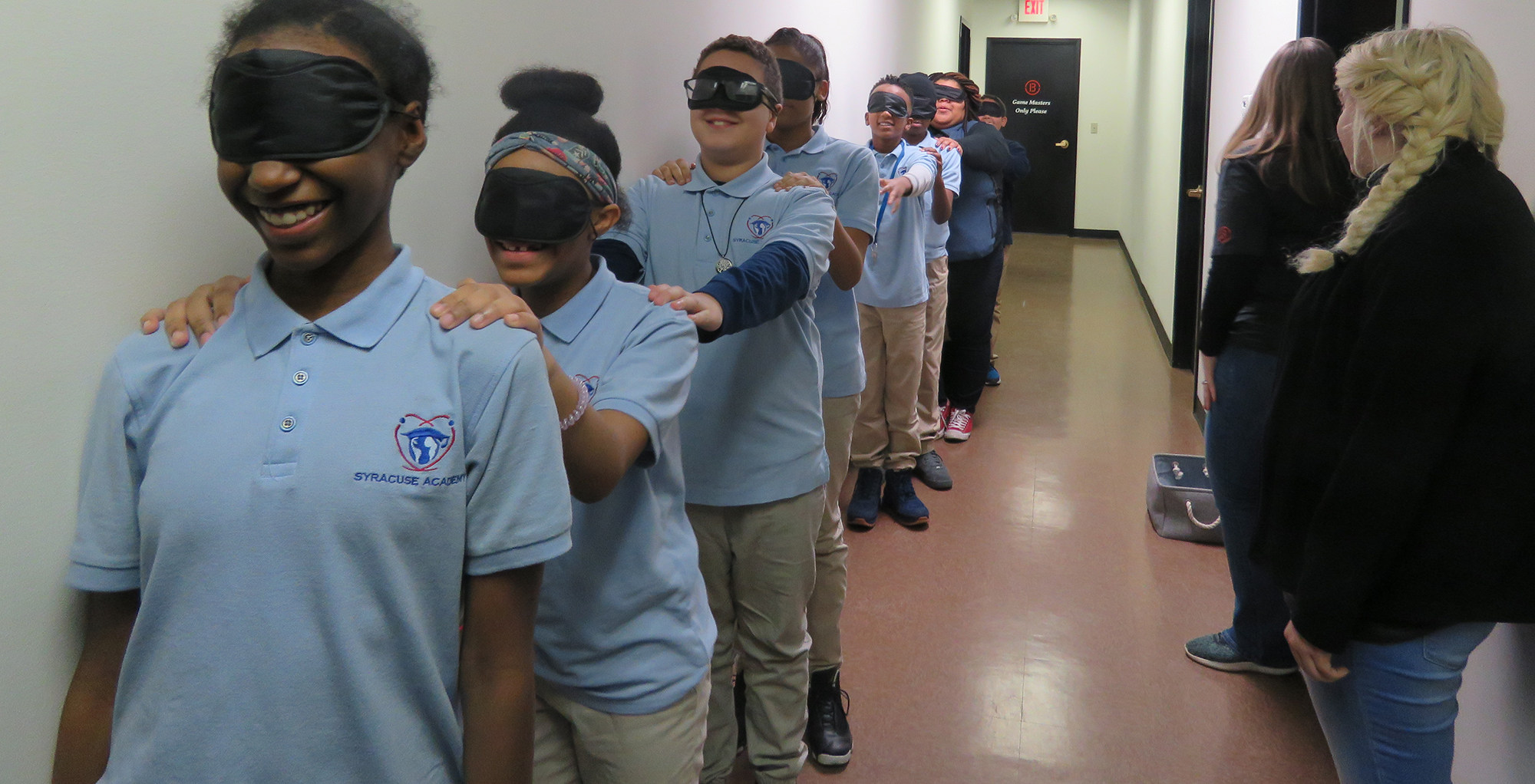 On Wednesday, December 19, 2018, students in 6th grade D class combined research skills and teamwork and learned how to create an escape room of their own by visiting Breakout Games. Before they entered the game room, students were separated into two groups and blindfolded. The goal, once they got in the room, was to escape using teamwork and solving various different puzzles. Neither group was able to escape their rooms in the hour given, but both teams were only a few puzzles away from freedom and victory. After the game, students interviewed the owner of Breakout Games to help them better understand how to create their own escape room in a school classroom as part of project-based learning.